You may have heard the story that Frances Abbott’s portrait of her father has been entered into the running for the Archibald Prize after the deadline had already passed in a stunning display of nepotism. 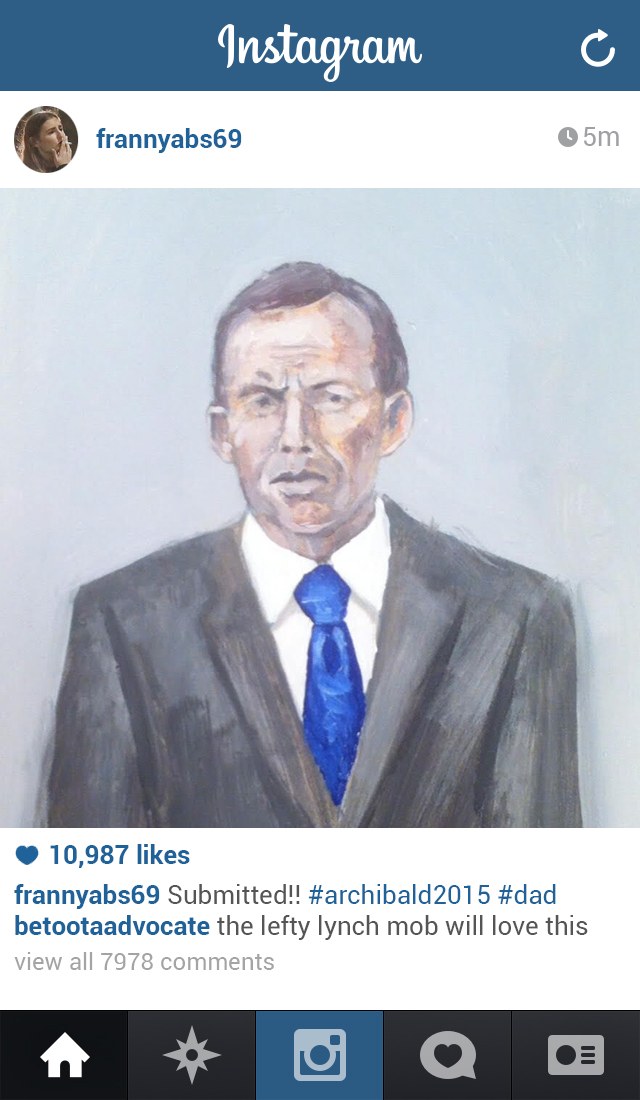 You may also have heard that they story isn’t true, and was featured on a website that runs fake news.

This week, you will get a bonus point if your team name is an obviously fake news story that people would still believe.

Q & A announces all terrorist panel to be moderated by head of ISIS.

Anything that people would share on social media without checking whether or not it’s true will get you a bonus point.