A few weeks ago, we asked a bonus question about a specific word mentioned 165 times in Shakespeare’s Two Gentlemen of Verona. 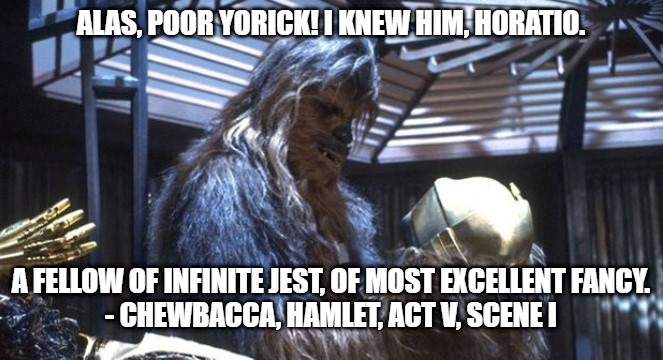 And we realised that a lot of films and TV series could be improved by more Chewbacca.

So for your team name this week, we want you to put Chewbacca into media that doesn’t normally contain Chewbacca.

The Taming of the Chewbacca

Chewbacca and the Raiders of the Lost Ark

Put Chewbacca into something that is currently lacking in Chewbacca for a bonus point.