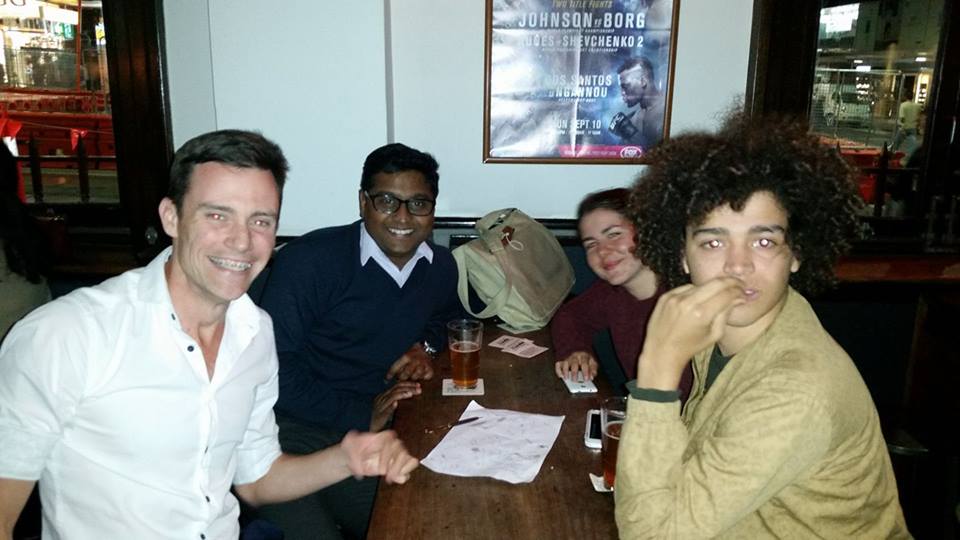 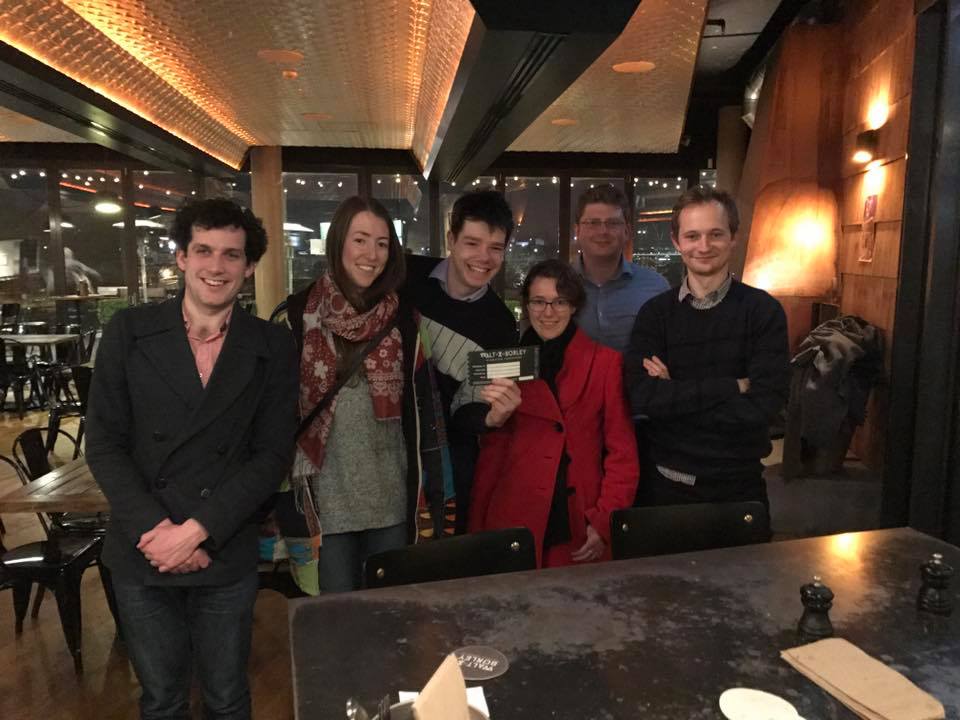 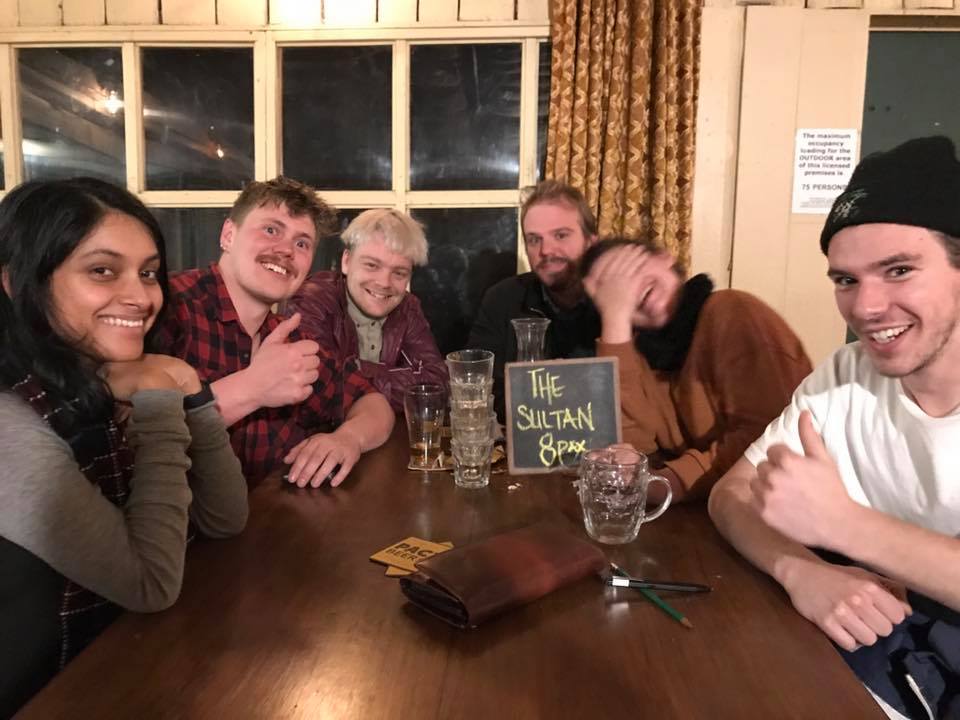 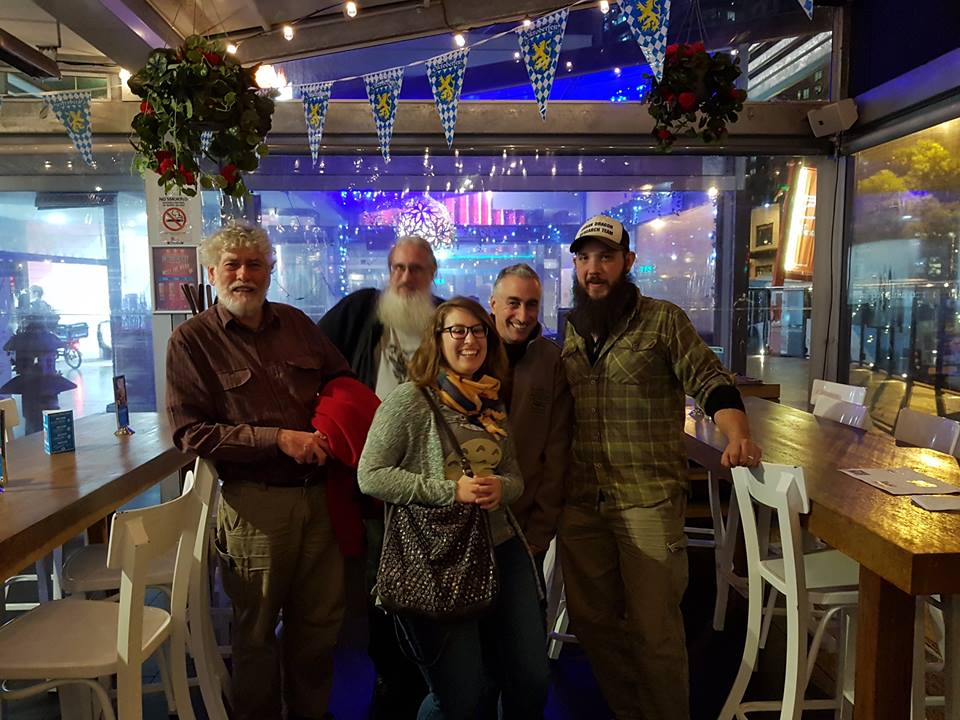 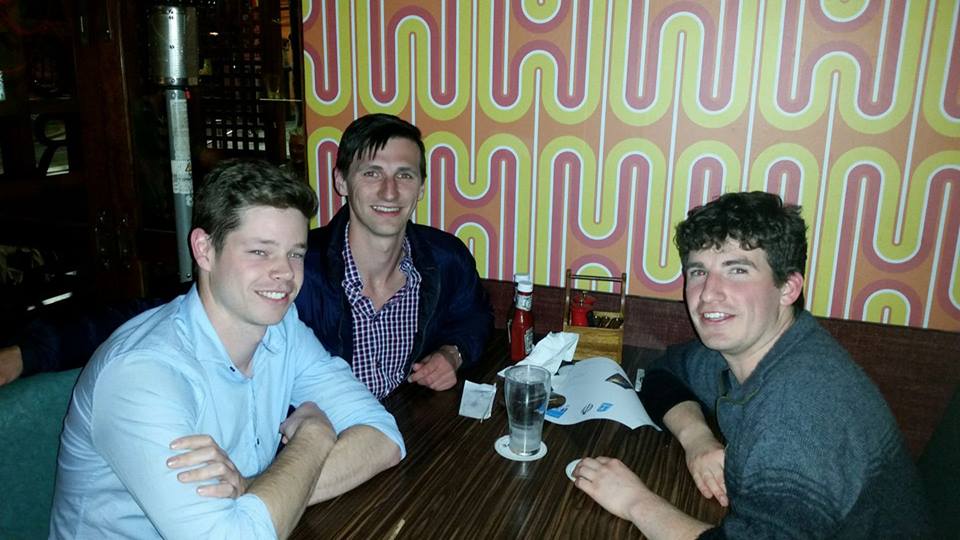 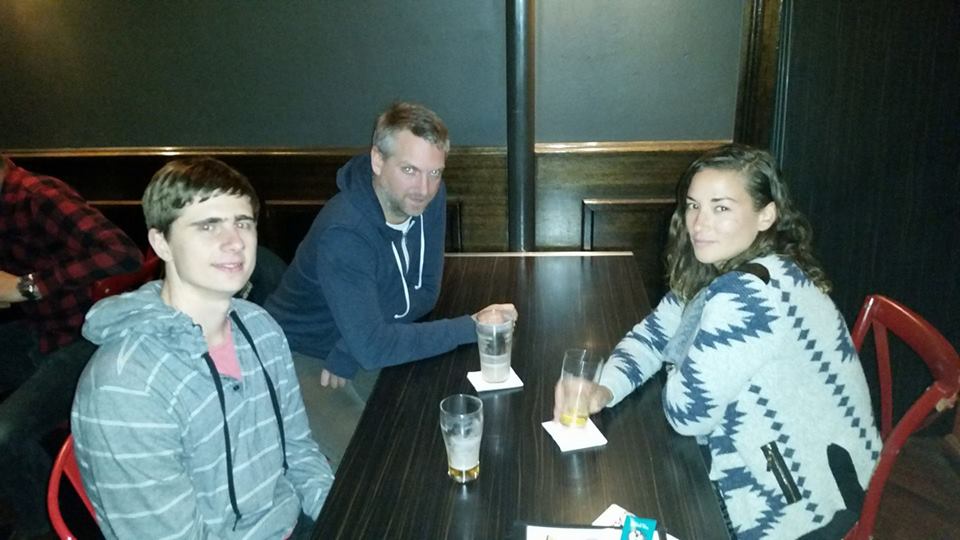 These guys used the process of elimination to work out a jackpot question on counties of the state of Michigan. 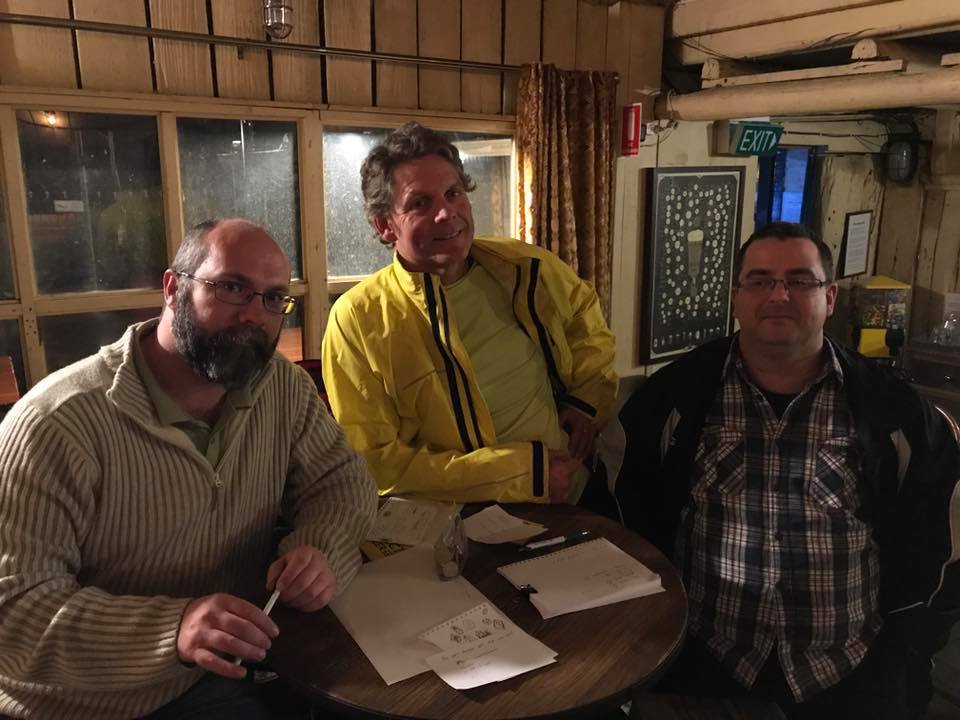 And these guys didn’t actually know about biblical fathers, but chose something that sounded close, and got lucky. 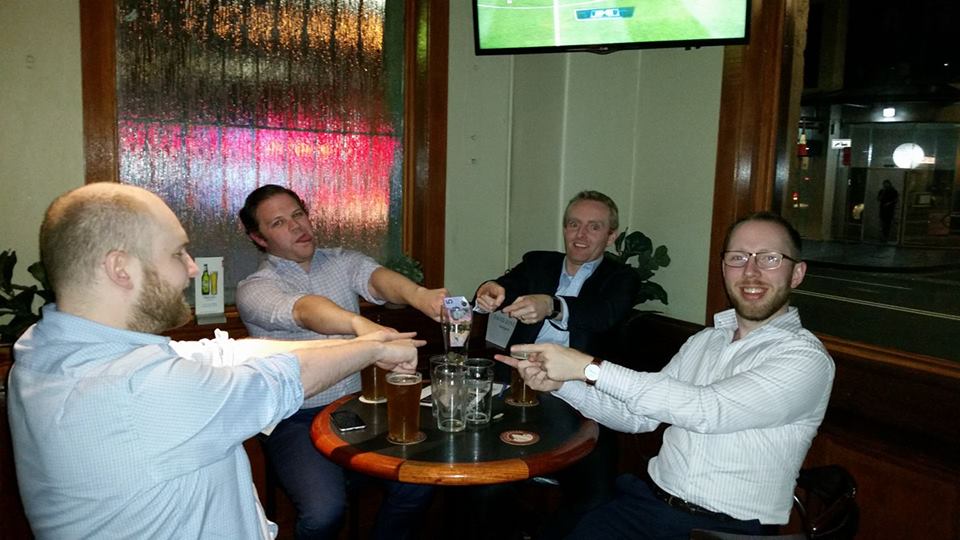 This week’s team names were a real downer.

Eagles may soar, but weasels don’t get sucked into jet engines.

Pulling together only works when you’re not going in opposite directions.

Sunday is followed by Monday

Dance like no one is watching, because you are home alone again on a Saturday night

Always reach for the stars, coz you’re locked in that guy’s basement

Every original thought has probably been thought of before

Second is the first loser

Climb the highest mountain and shout your dreams to the world… that way nobody will hear you.

Do what you love and never work a day in your life, because that field probably isn’t hiring.

Your family only loves you because they have to.

Remember, somebody loves you. It’s not me. I think you’re a c*nt. 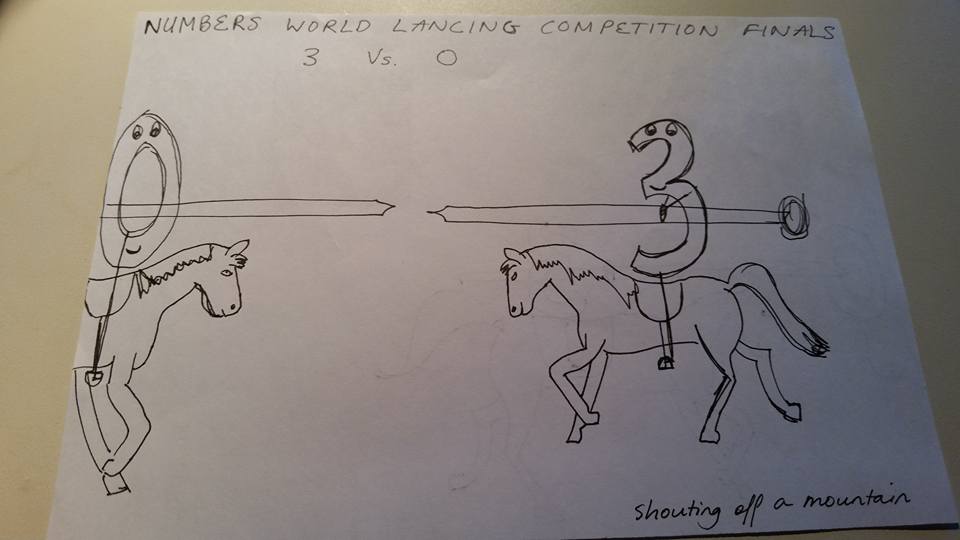 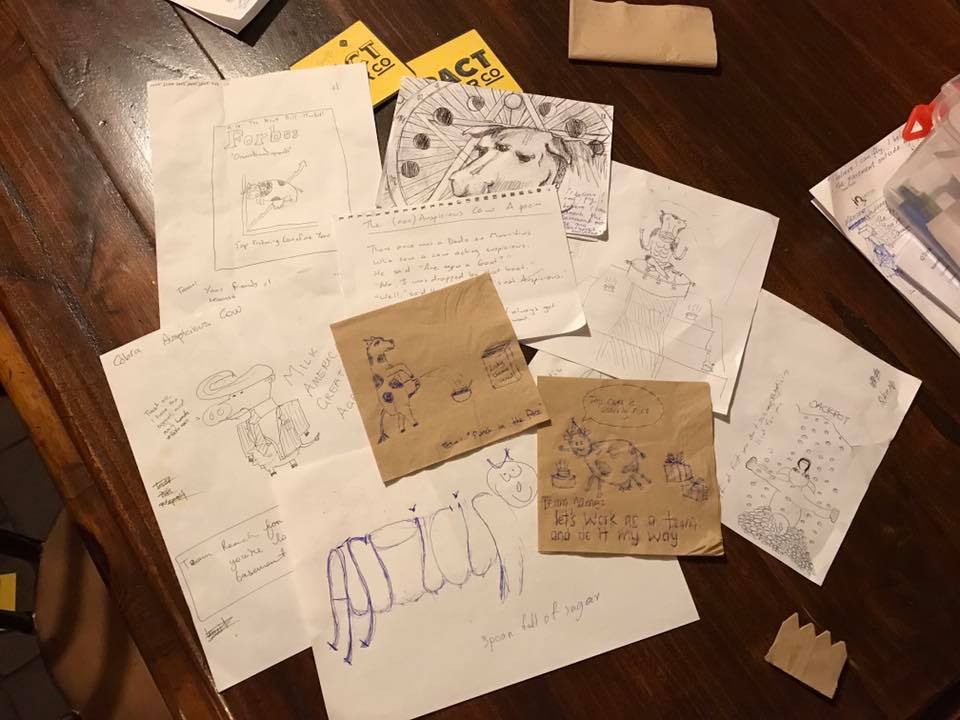 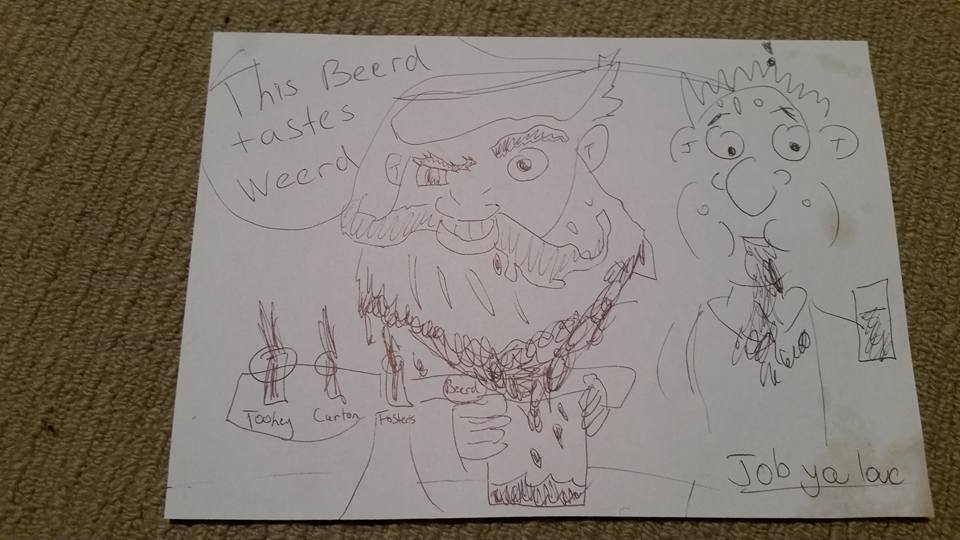 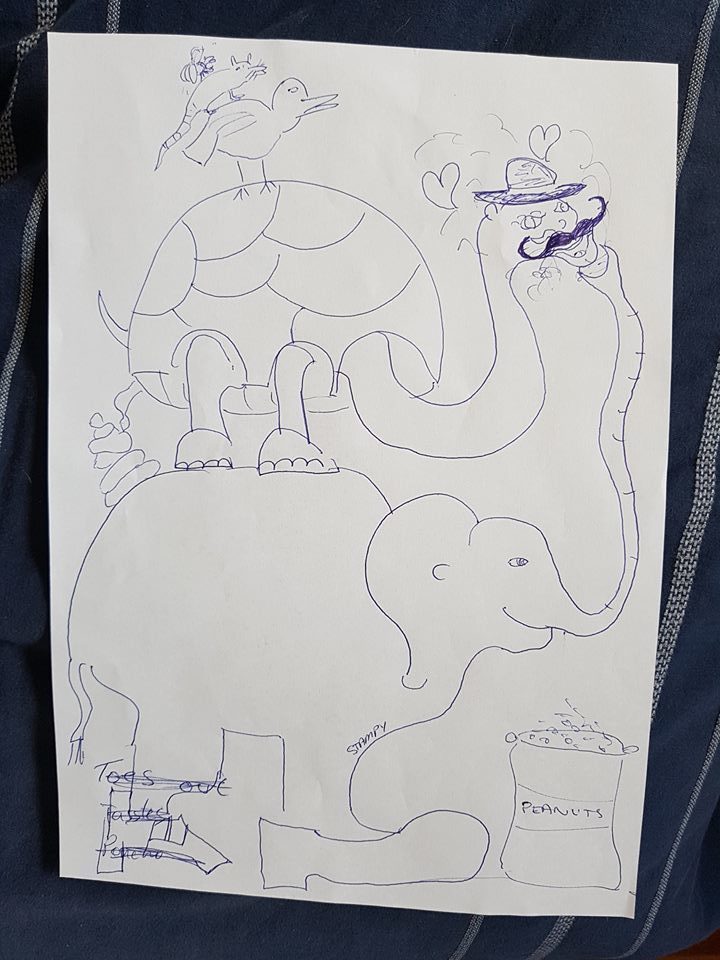 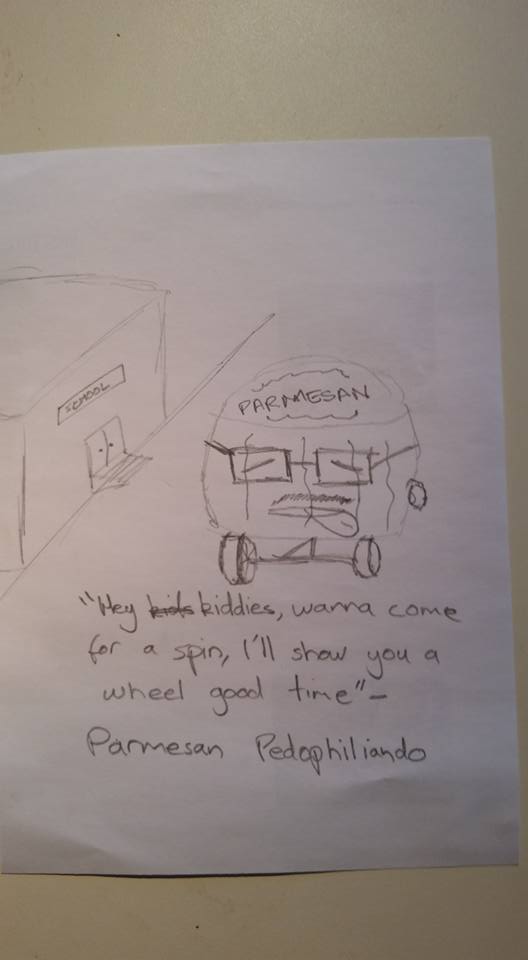 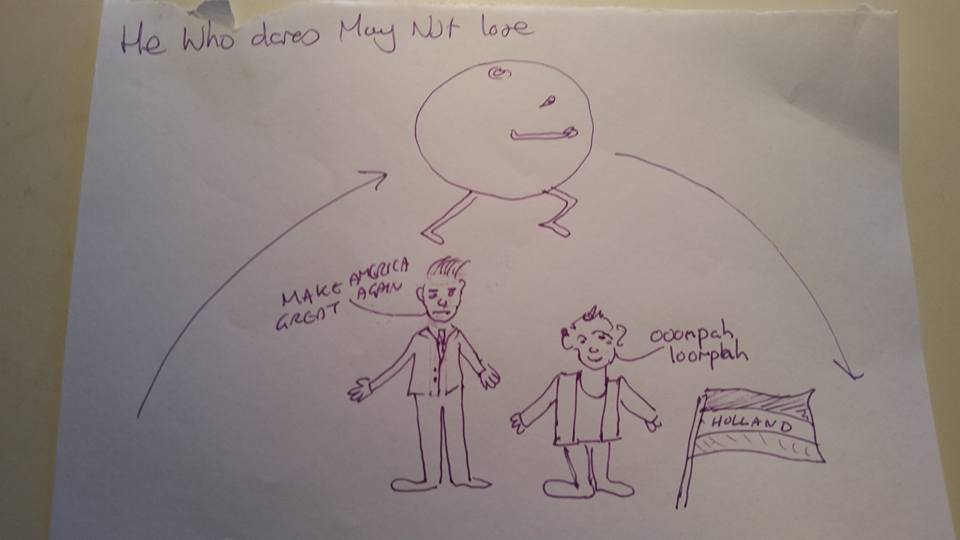 One team failed to convince us that it was a coincidence that they happened to Google David Bowie five seconds after we asked a question of David Bowie. (And after that they still didn’t get the right answer.)

One team confused Russell Crowe with Russell Brand, and spend a a couple of minutes trying to think of what Russell Brand roles got Oscar nominations.

When asking what kind of mythology Narcissus came from, one of our hosts accidentally asked “what type of Greek mythology was Narcissus from?” And worse, some teams still didn’t guess Greek.

One of our players helpfully read off the numbers 1 through 4 in Vietnamese, because her pronunciation was a LOT better than ours would have been.

One of our players won beer on a bonus question by writing the answer on the closest thing he had to hand… his hand.

One team refused to answer a question on the distance between Sydney locations as the crow flies, because they claimed there are no crows in Australia. There are.