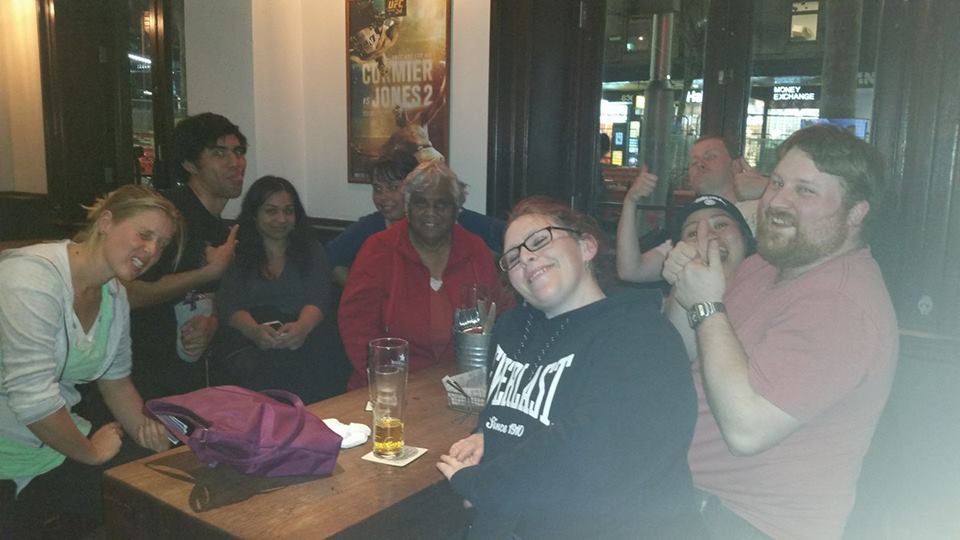 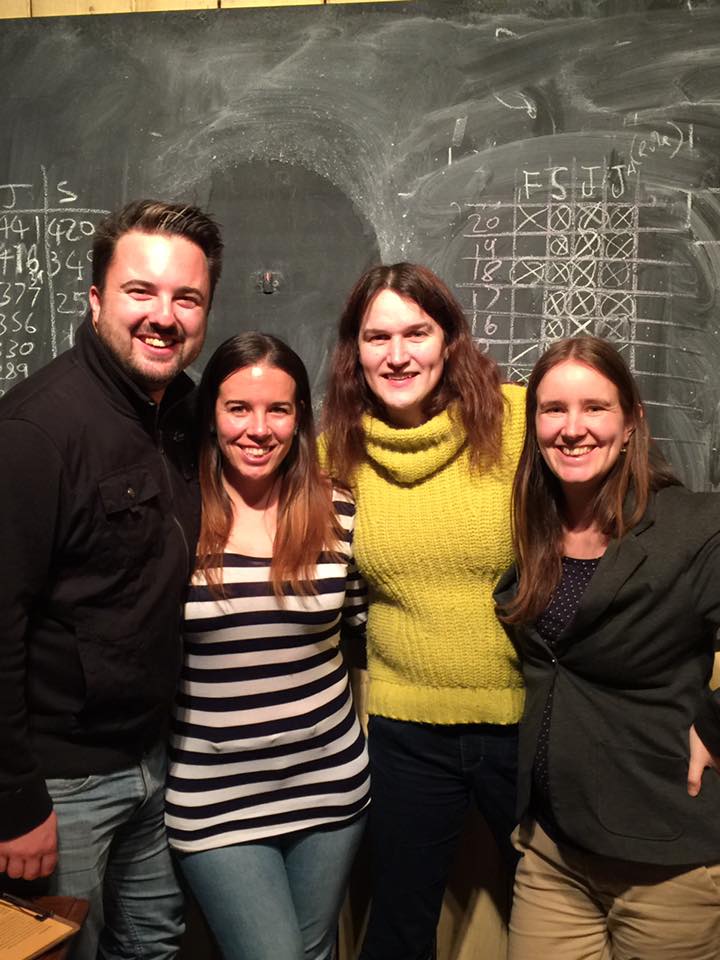 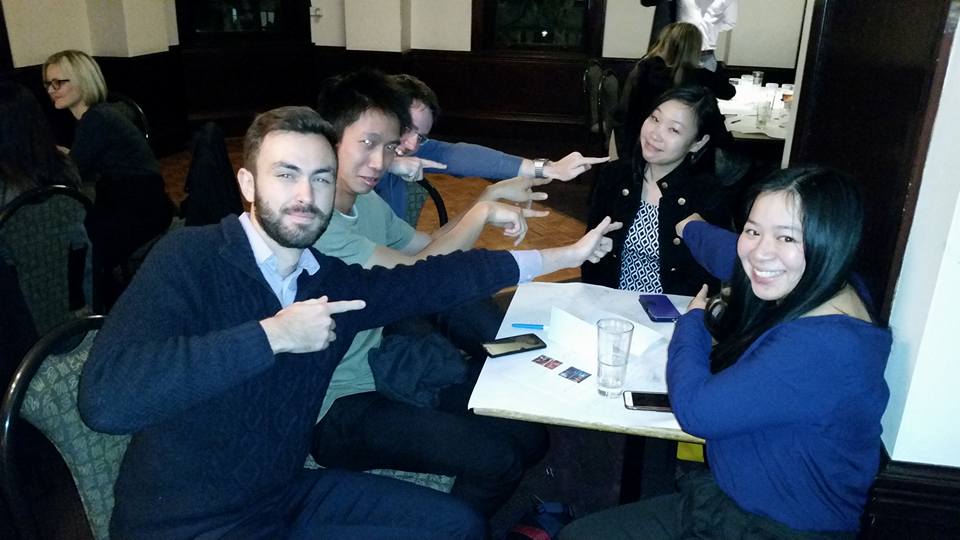 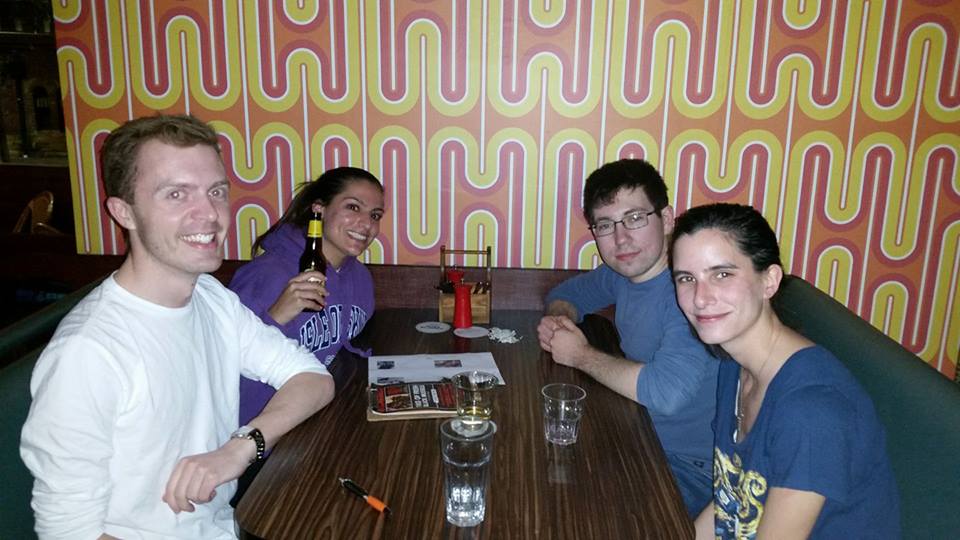 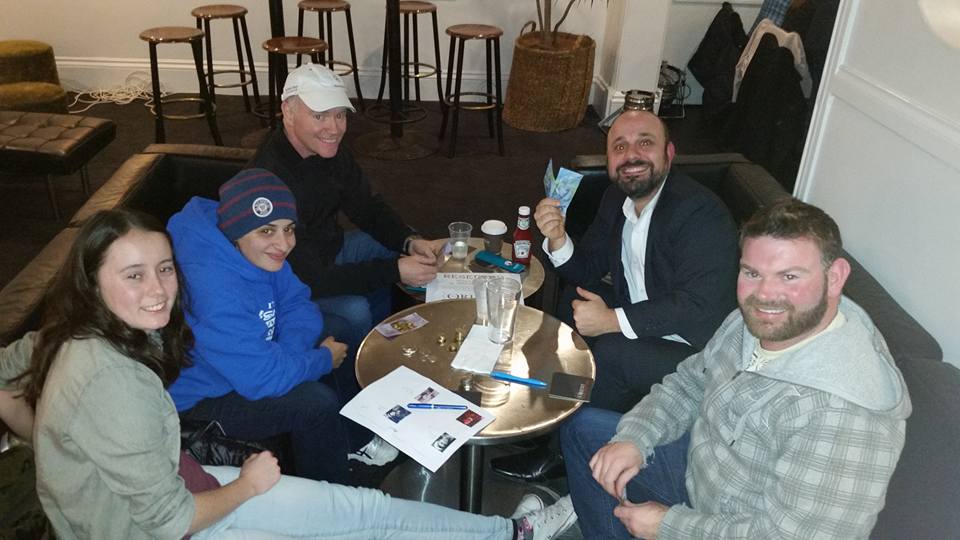 These guys knew enough about the medal count of the French Olympic team over history to win $149. 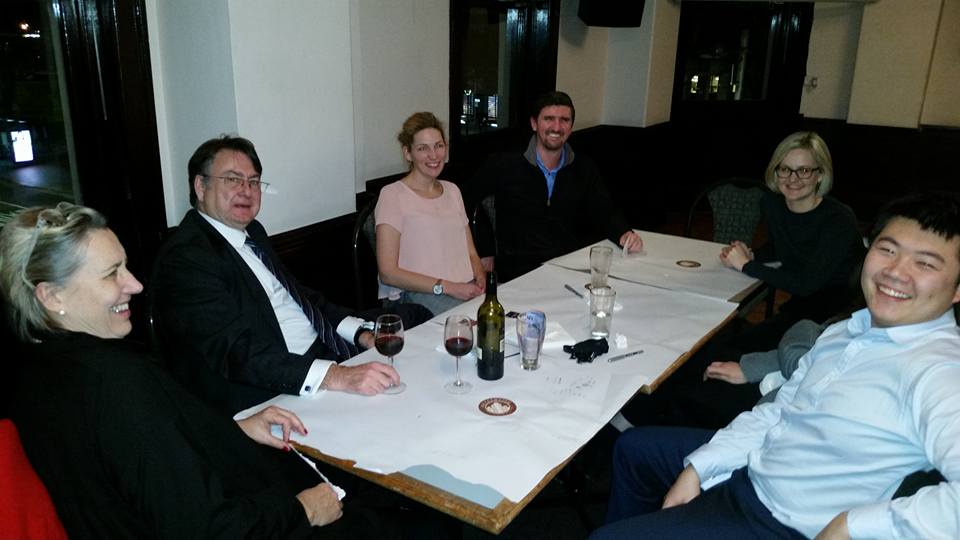 These three knew the sixth most spoken language in the EU, and won $98. 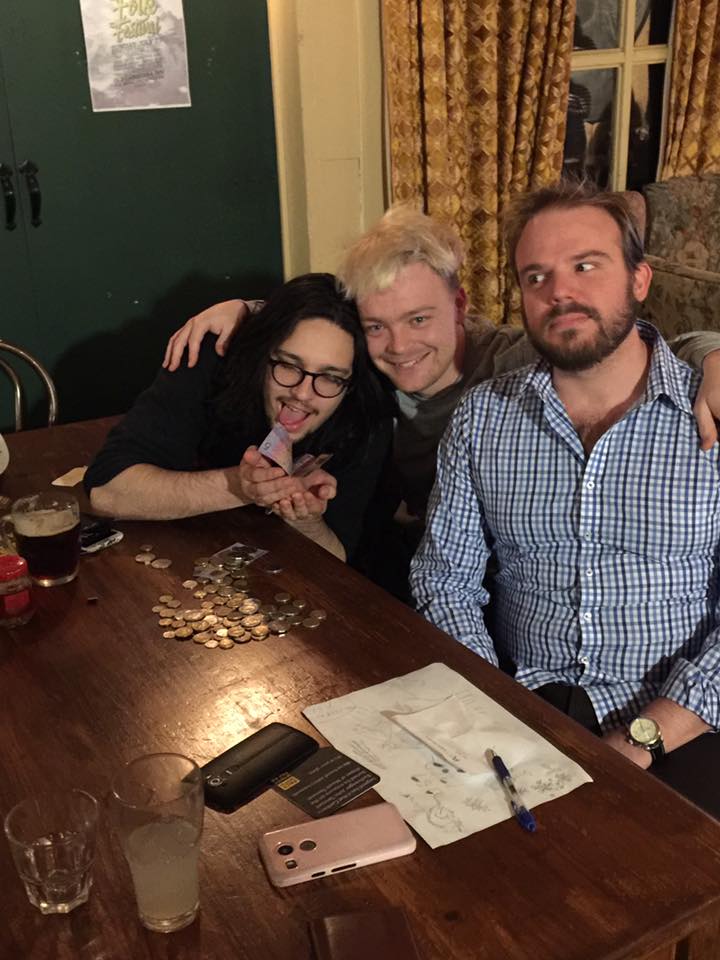 And these two teams knew enough Latin to know about centripetal forces, but only one spelled it correctly. 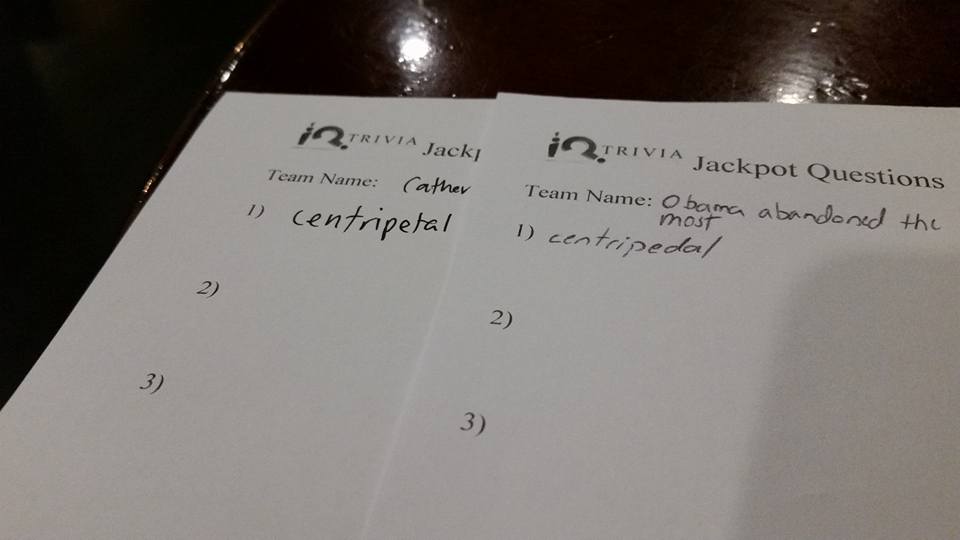 Here are the evil heroes you came up with.

Cinderella – A golddigger with delusions of grandeur

Barack Obama abandoned the American people when they needed him most

Lassie is a real bitch

Gandhi: That dickhead who held up traffic

Oskar Schindler: The Nazi who rounded up 100s of Jews

The Wiggles: Convincing children to play with hot starches, friends with knives, and dangerous creatures

James Bond: He takes your woman, destroys your town, crashes your cars, and makes terrible puns

And finally… there were those teams that referenced our hosts.

Joe the American who tortures us with inane questions every week.

Bill’s a dick because he never puts the Team Bagpuss team name on This Week in iQ Trivia. (Well you made it this week.)

Canadian interrogates Australians for two hours. (Who ever could THAT be about?) 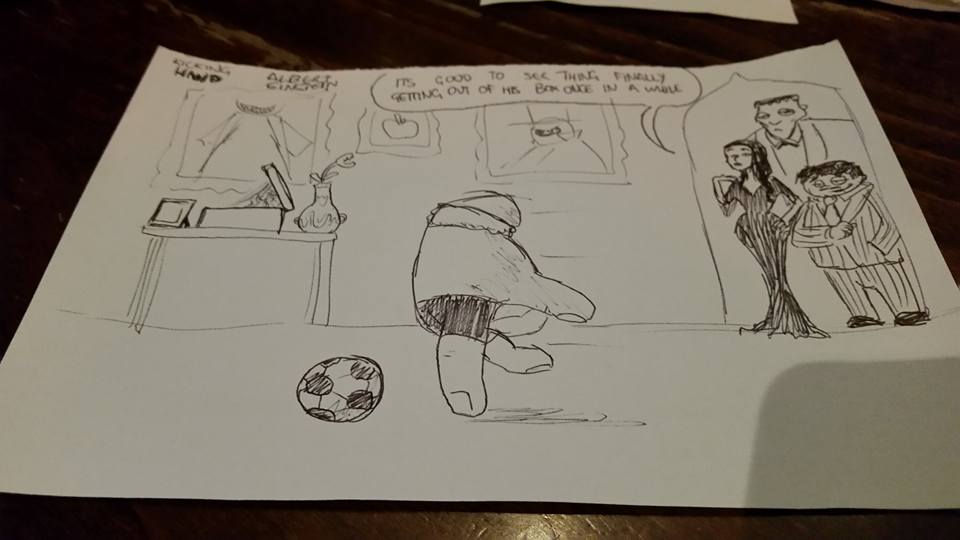 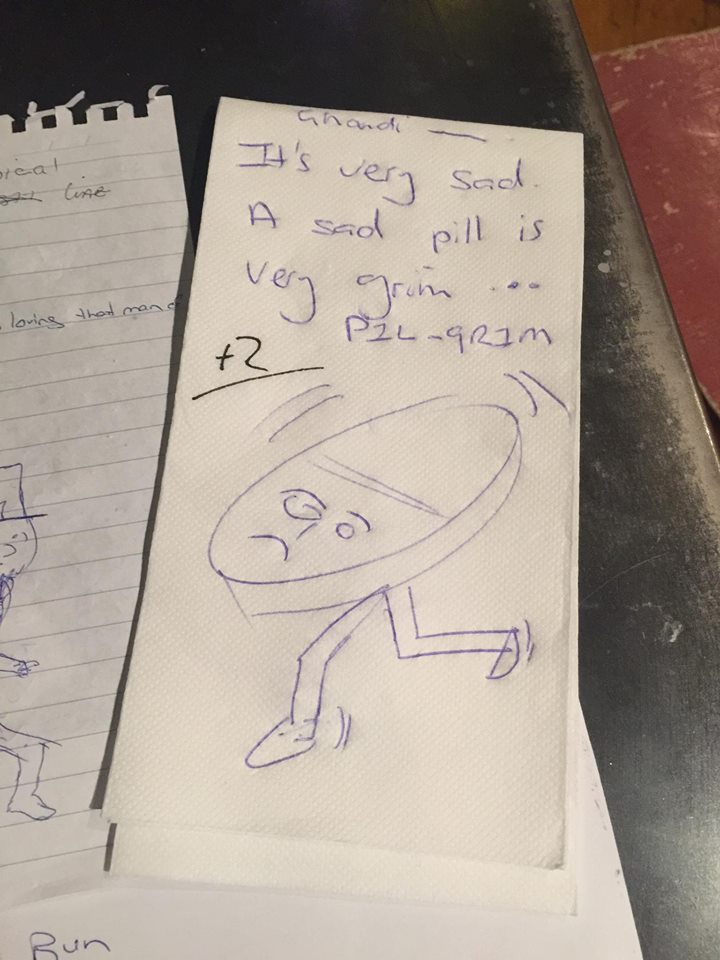 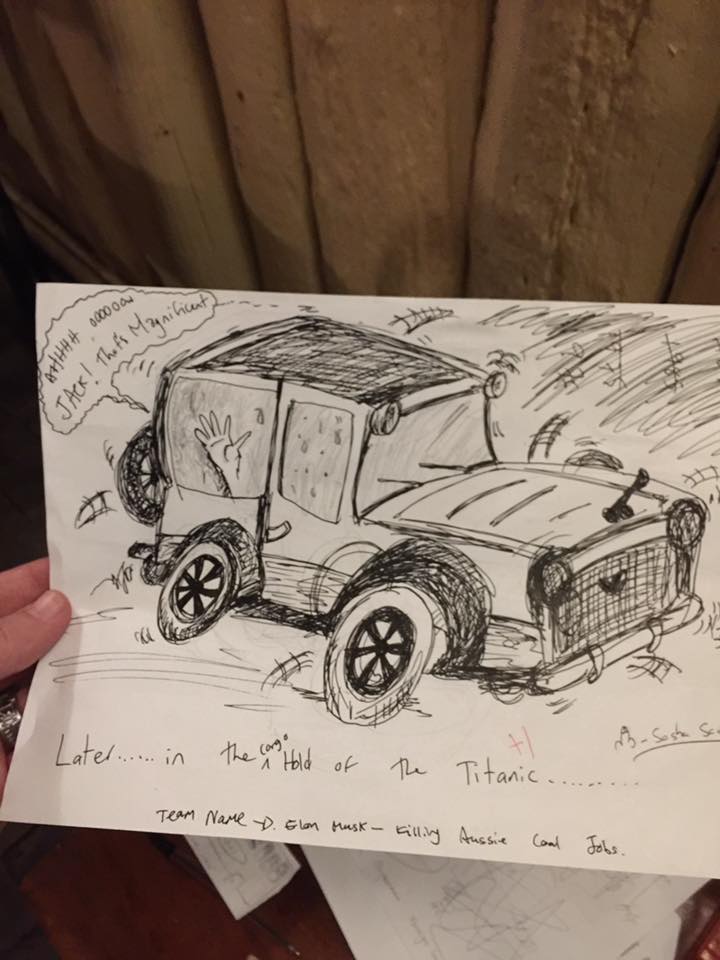 Wild Ragamuffin (or in this case, Wilde Rags a Muffin) 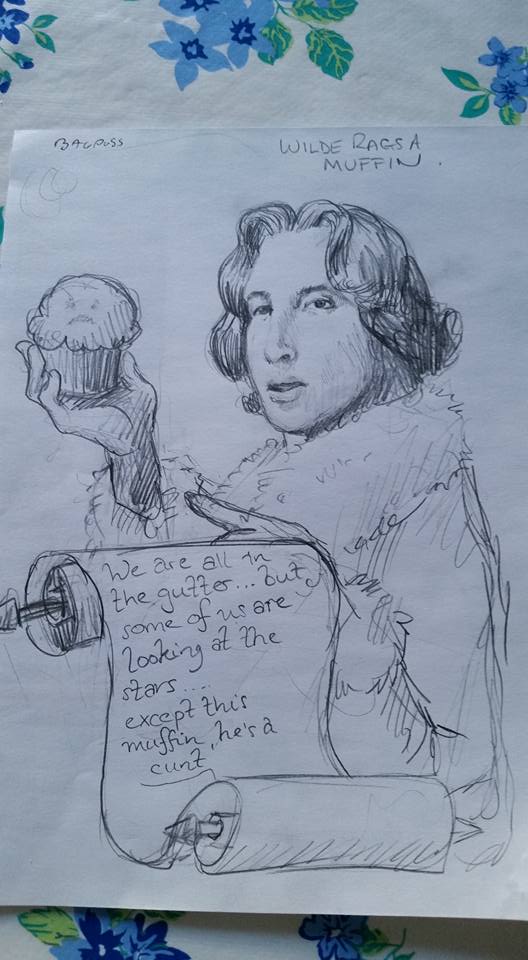 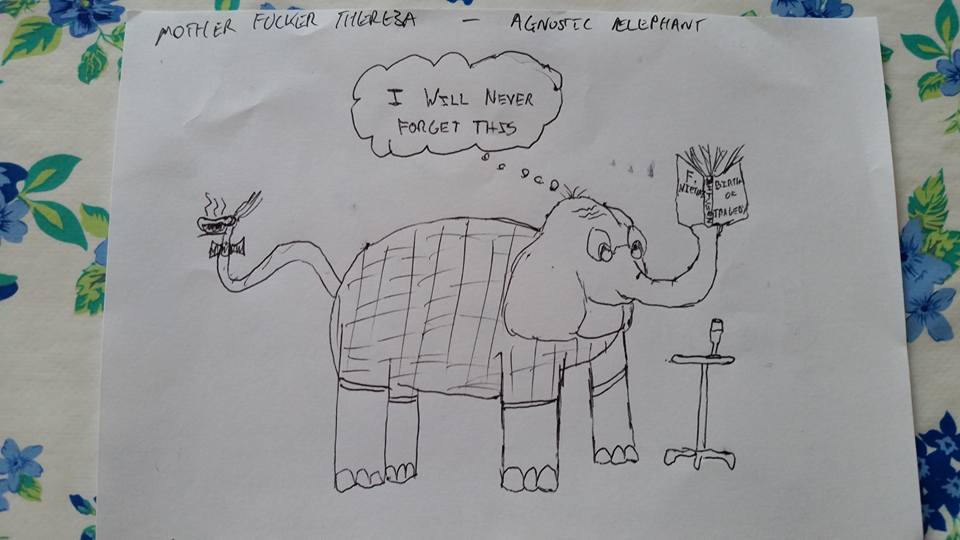 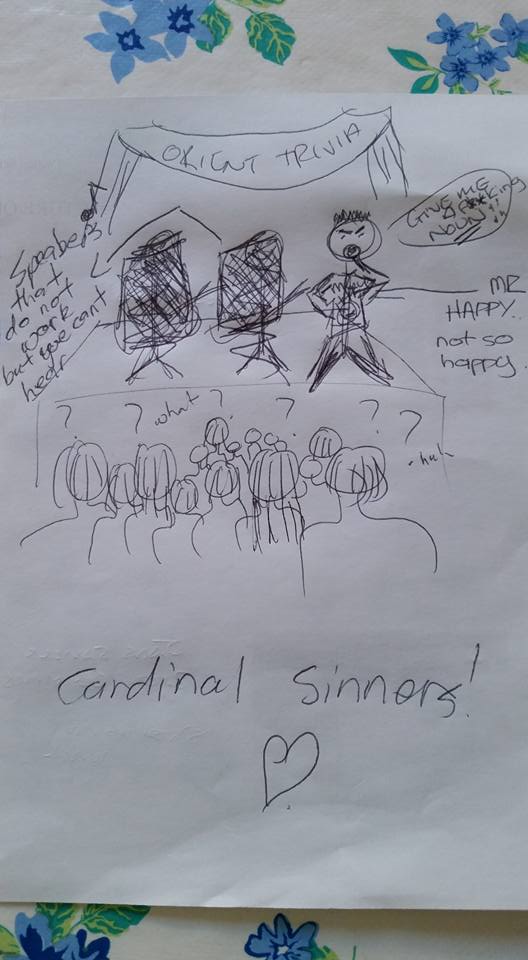 When asked a question about the number of players on an indoor football team, asking if the goalkeeper counts as a player. (Of course they bloody do!)

The team that bought a drink for a Korean patron who wasn’t even playing trivia because we asked a question about Korean animal sounds.

The team that bet Pi points on the gambler’s question, and wound up winning by 0.14159 points.

And the player who lost a bet on a question, and who apparently now needs to get a tattoo. By next week we will know if they’ve followed through.