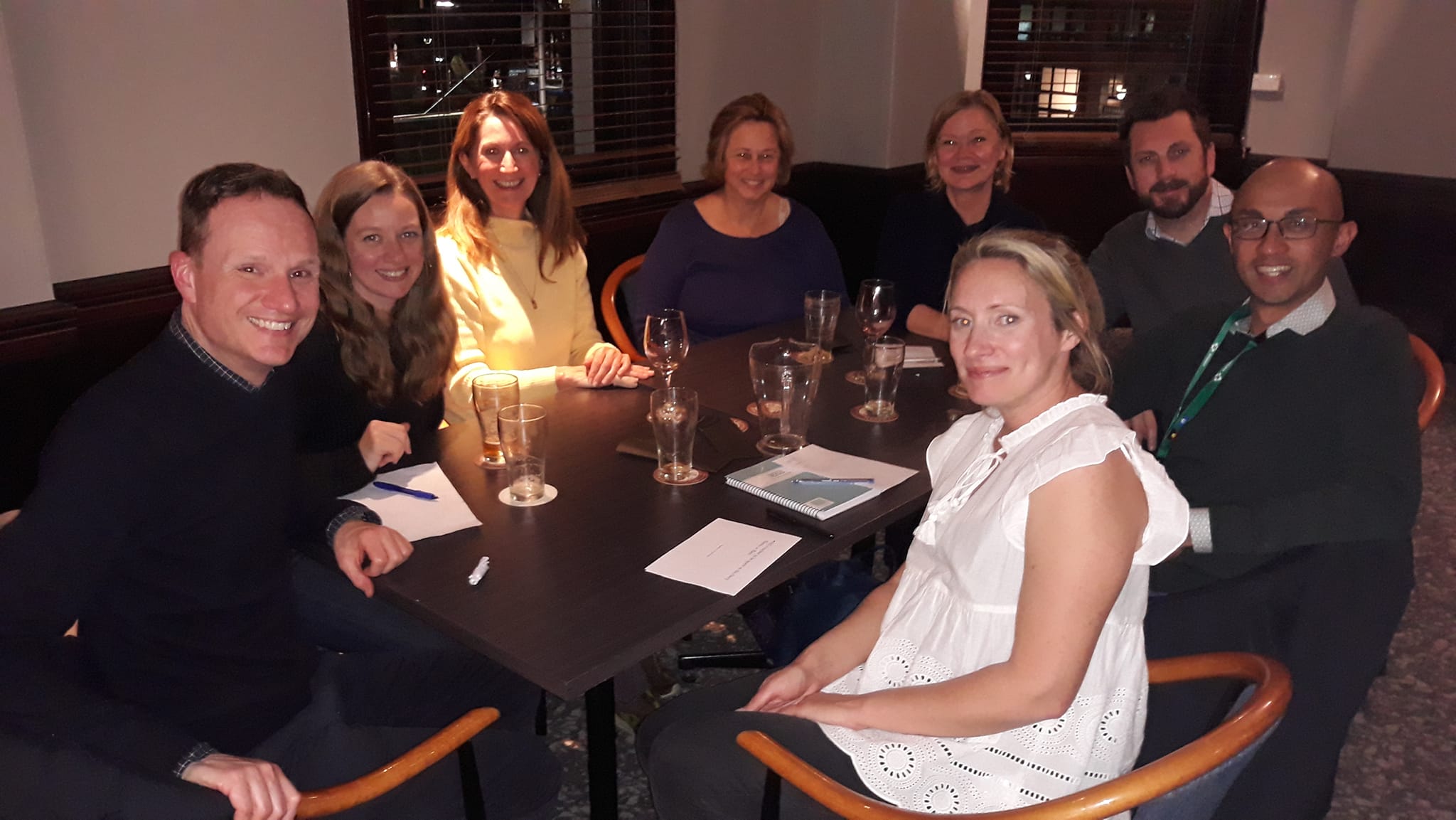 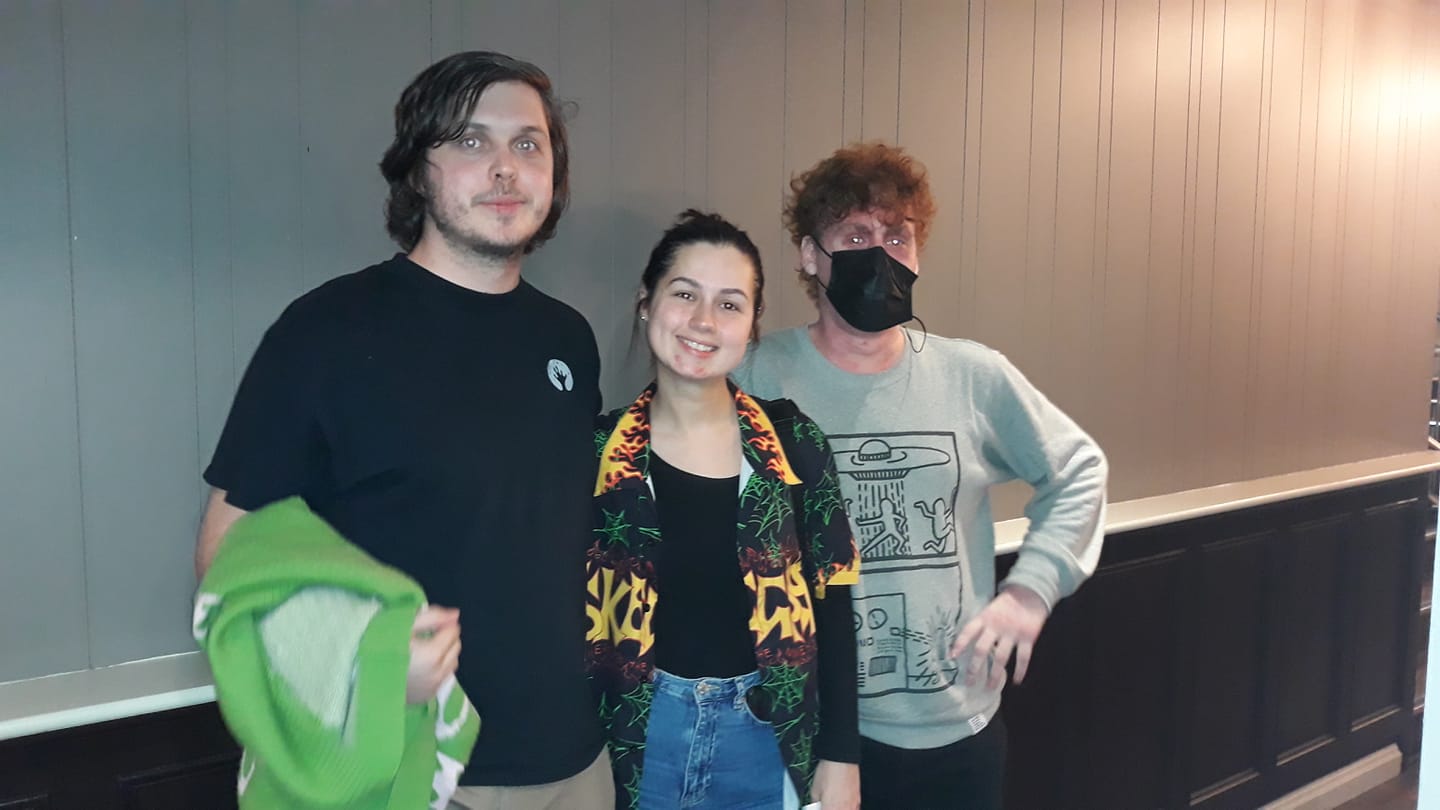 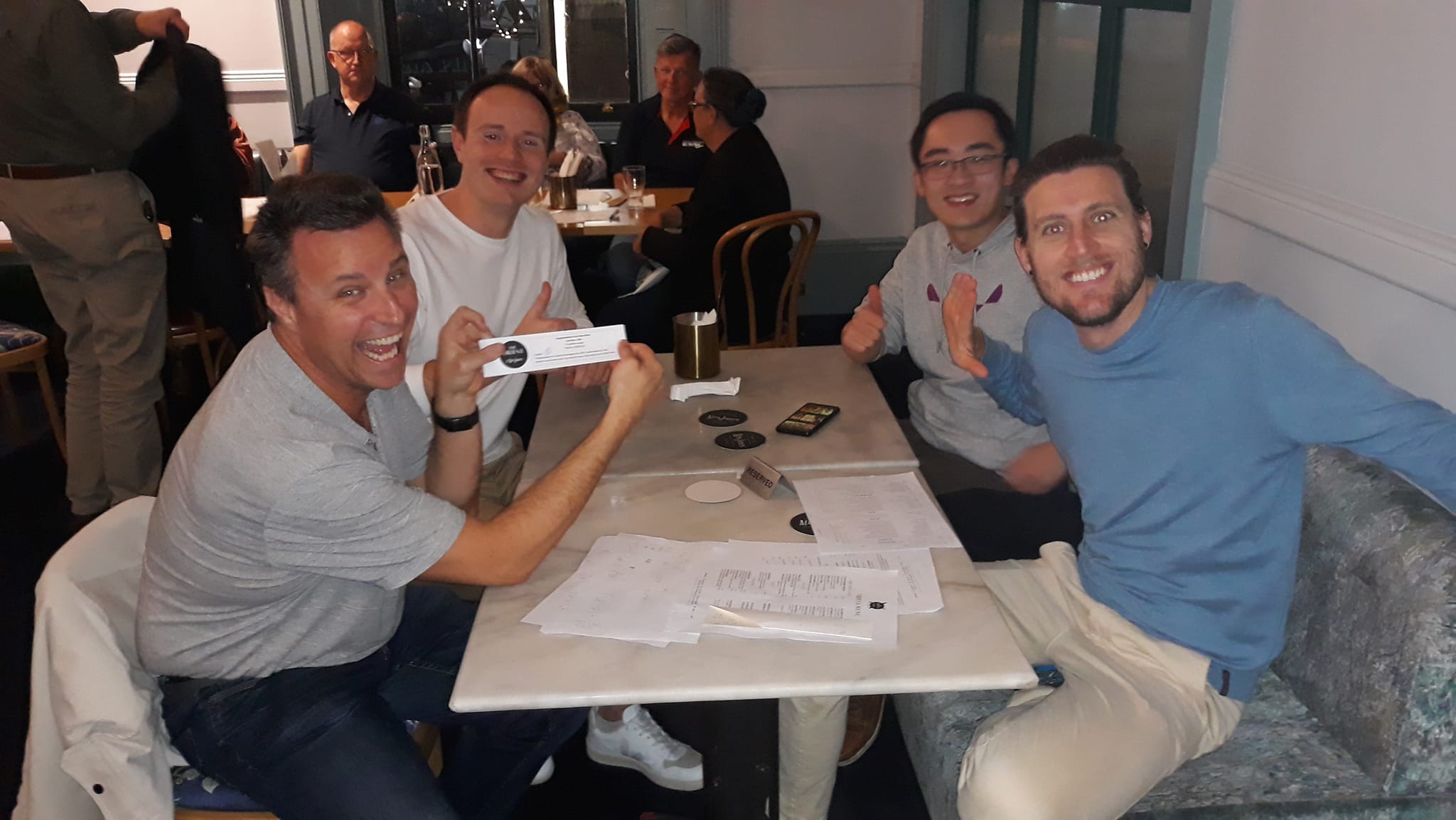 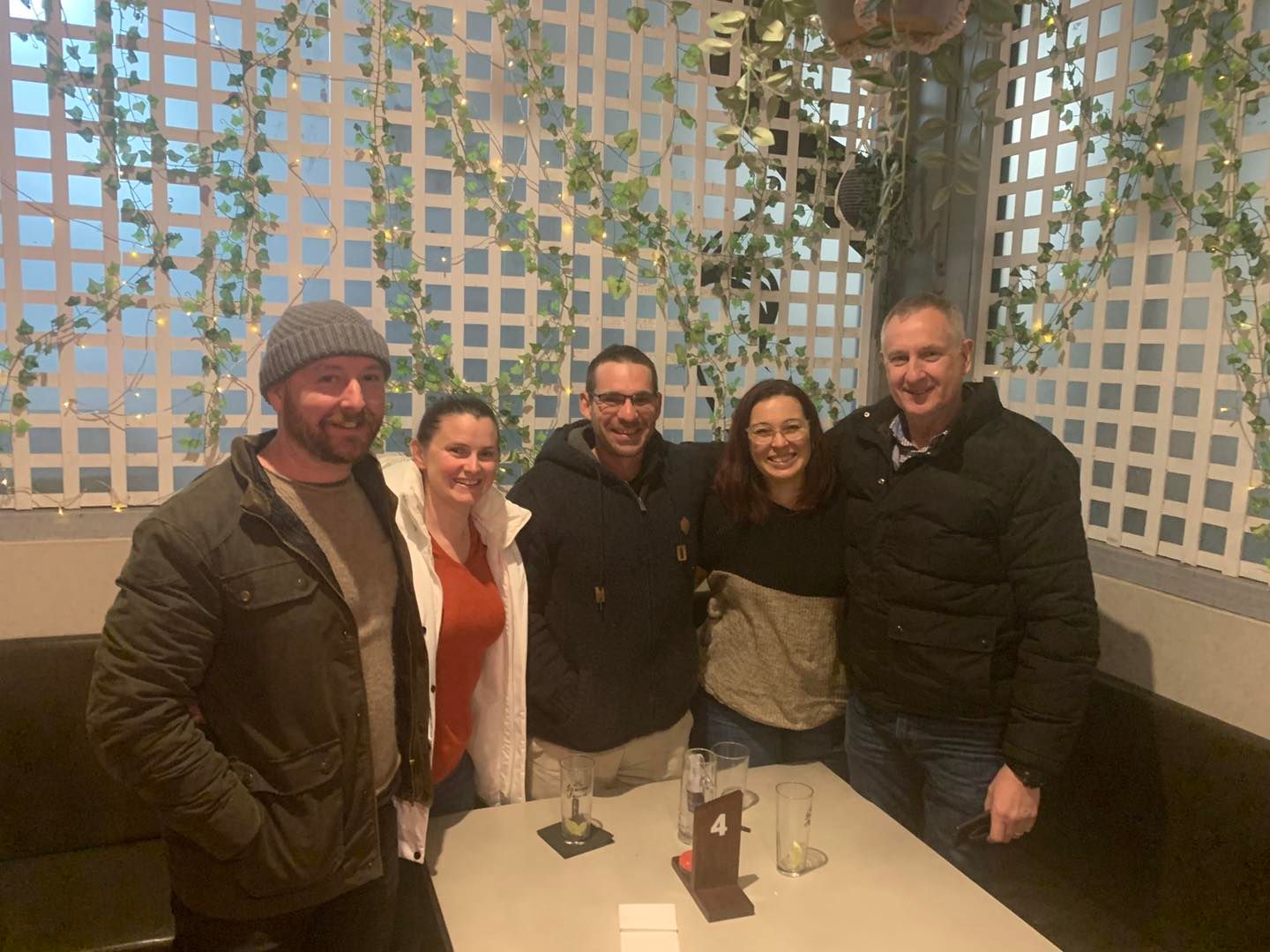 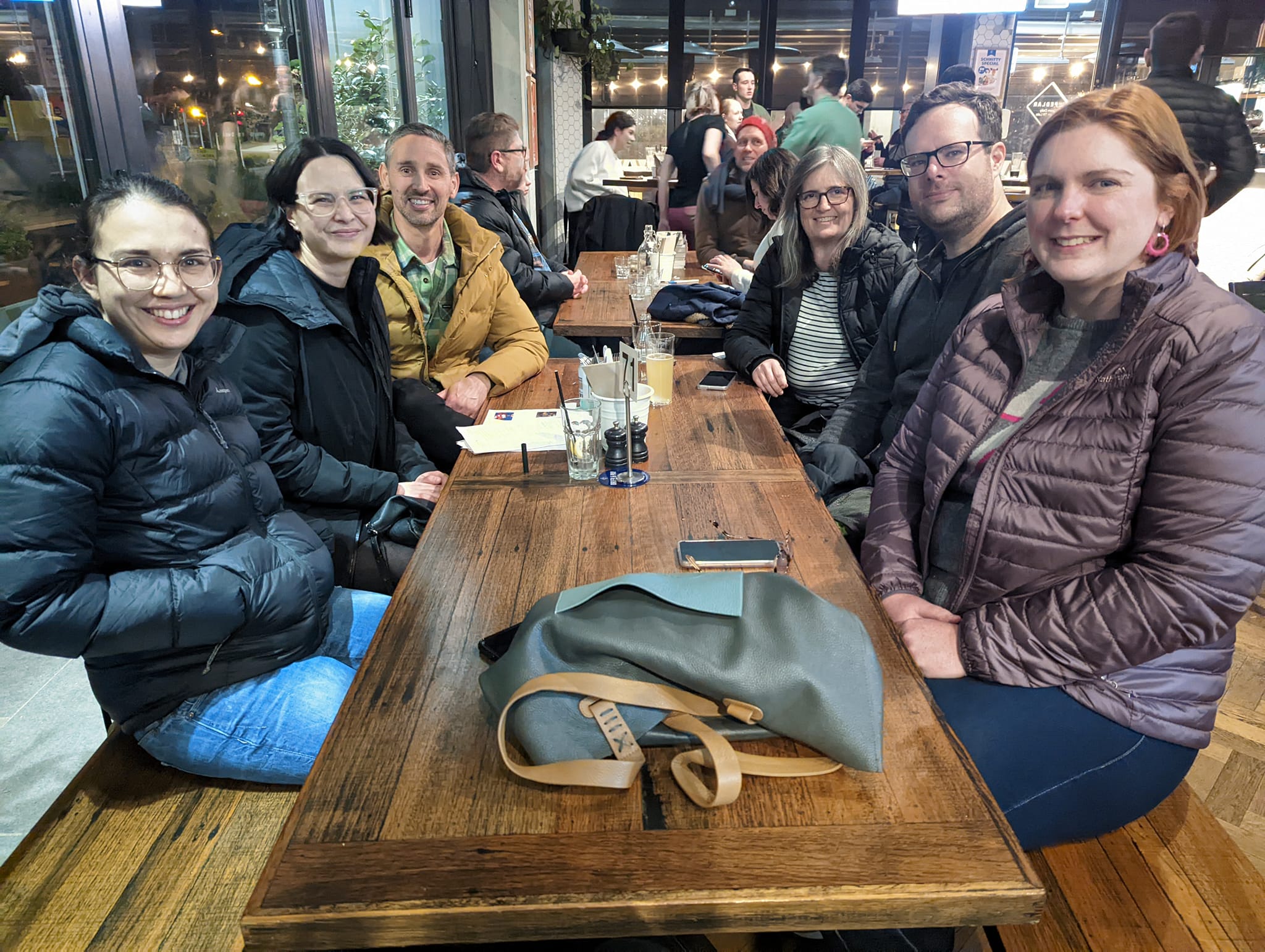 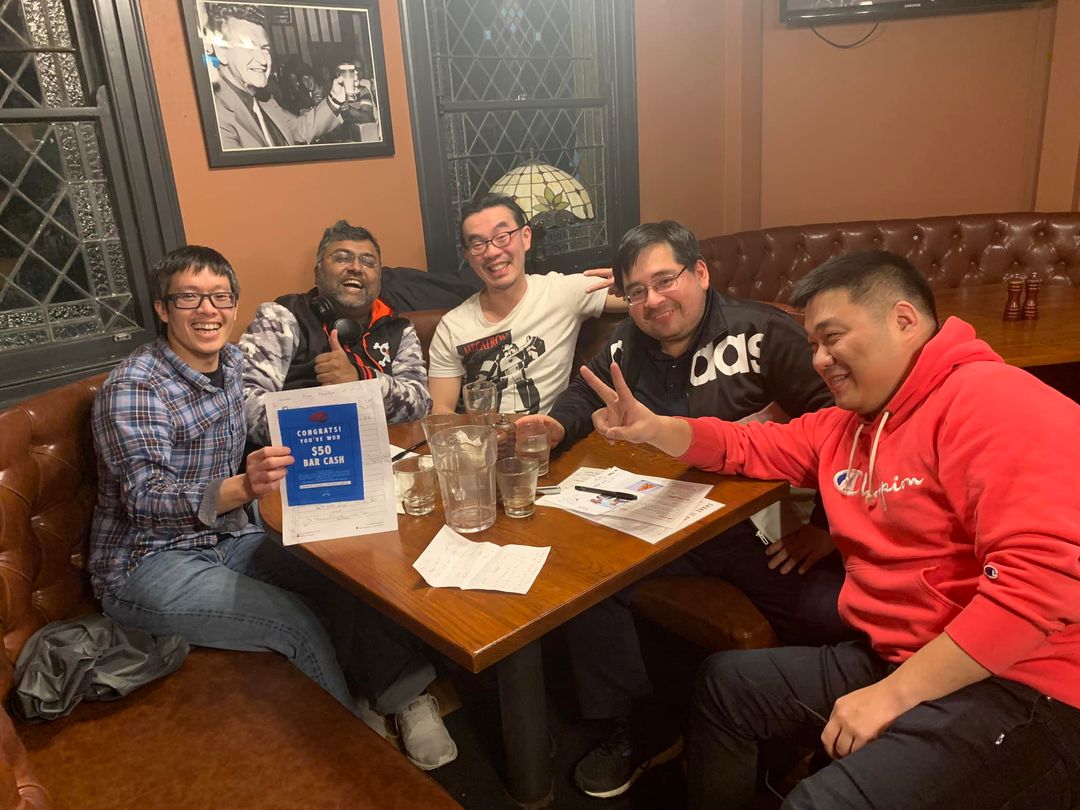 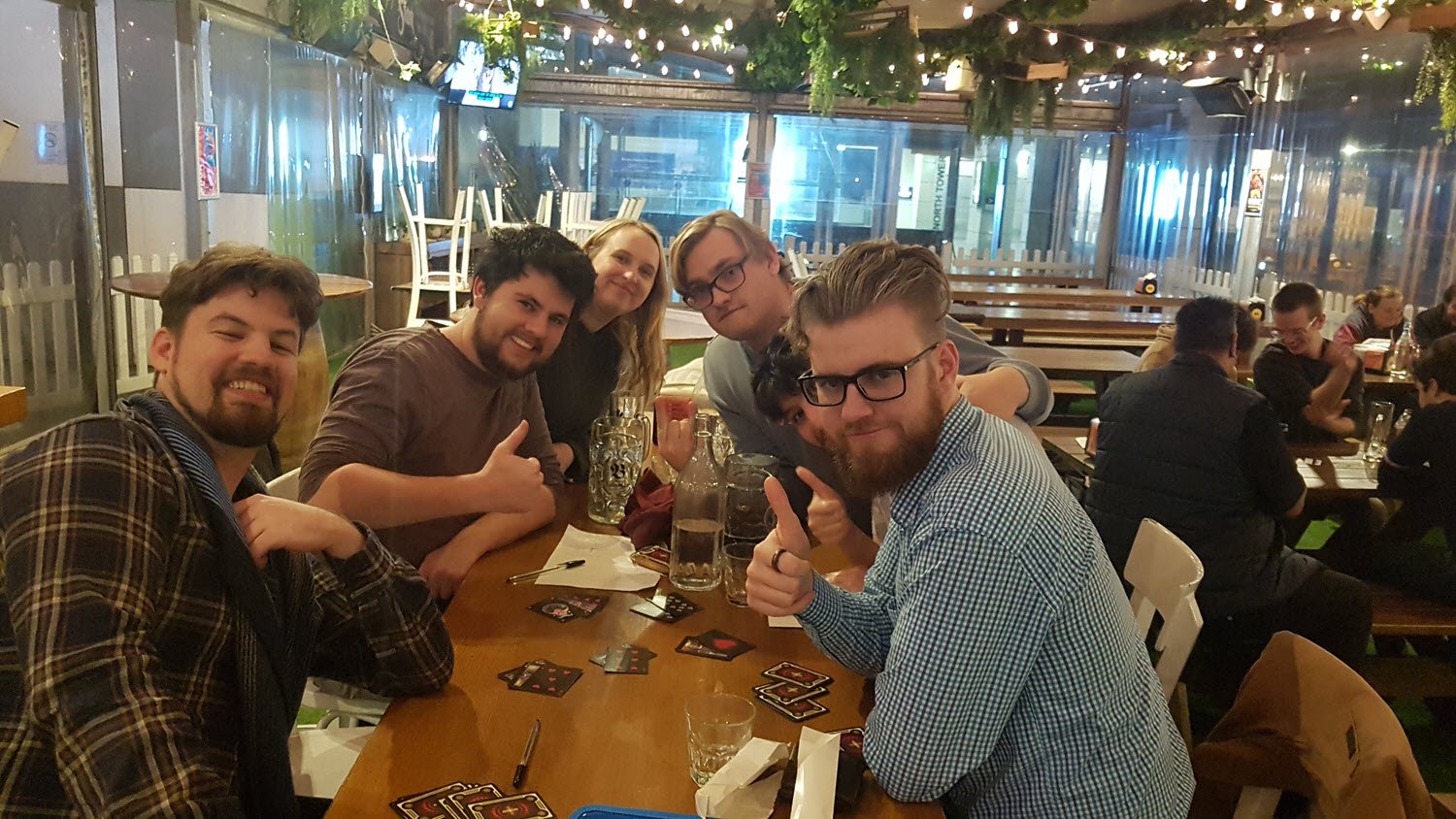 Knowing about oil companies paid off. 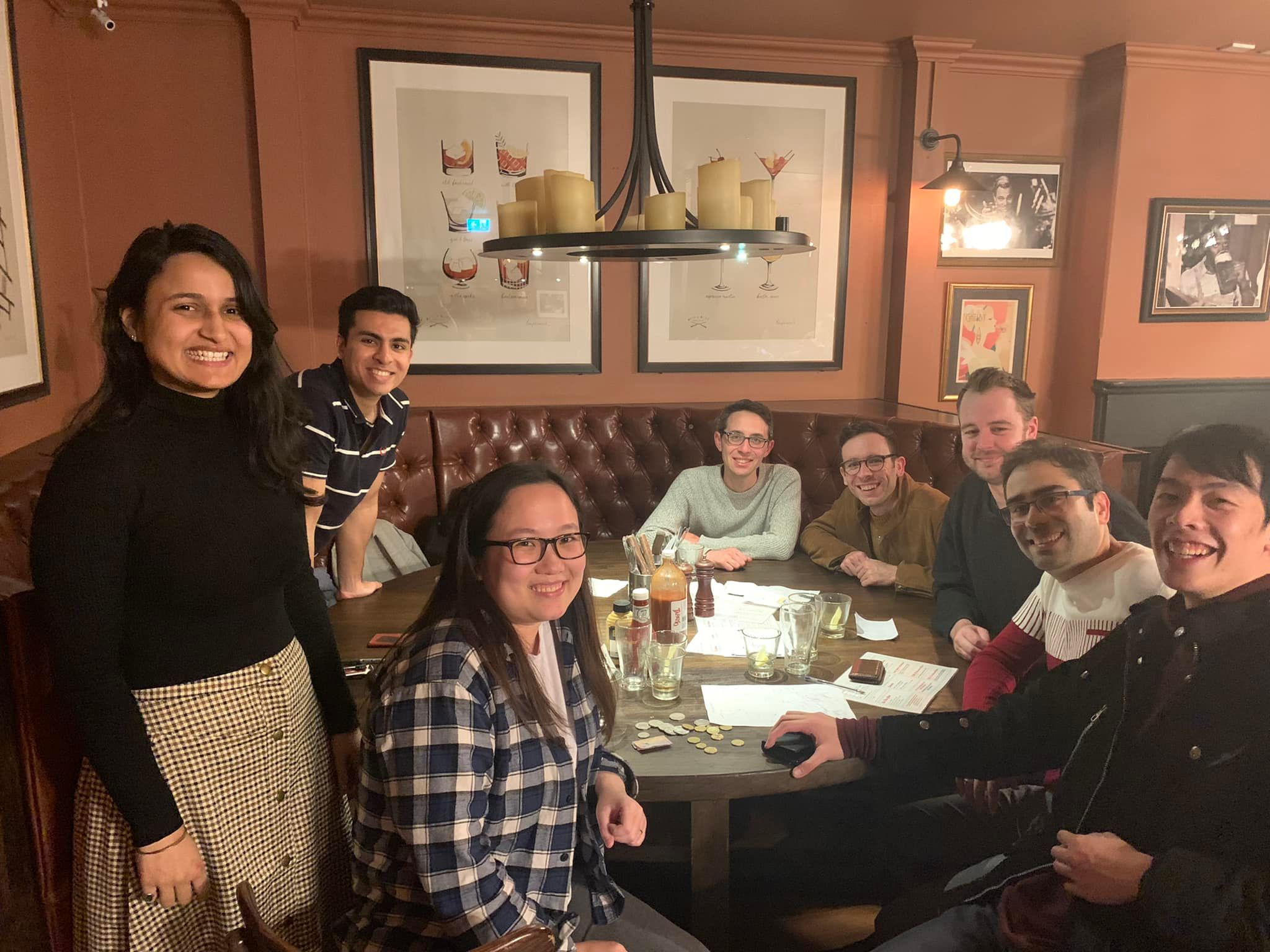 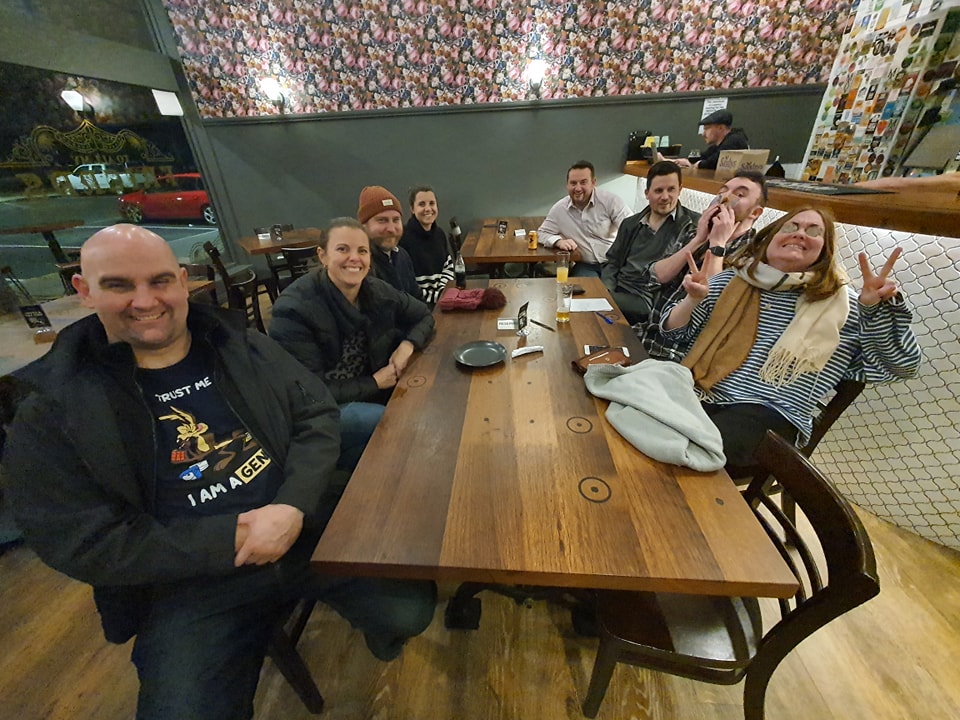 Pizza films? You came through.

Indiana Jones and the Raiders of the Lost Pizza

The Hunt for Red Pizza

Harry Potter and the Pizza of Azkaban

Harry Potter and the Chamber of Pizza

Harry Potter and the Pizza of Fire

Fantastic Pizzas and Where to Find Them

The Lord of the Pizza: Fellowship of the Pepperoni

Pizzas on a Plane

No Pizza for Old Men 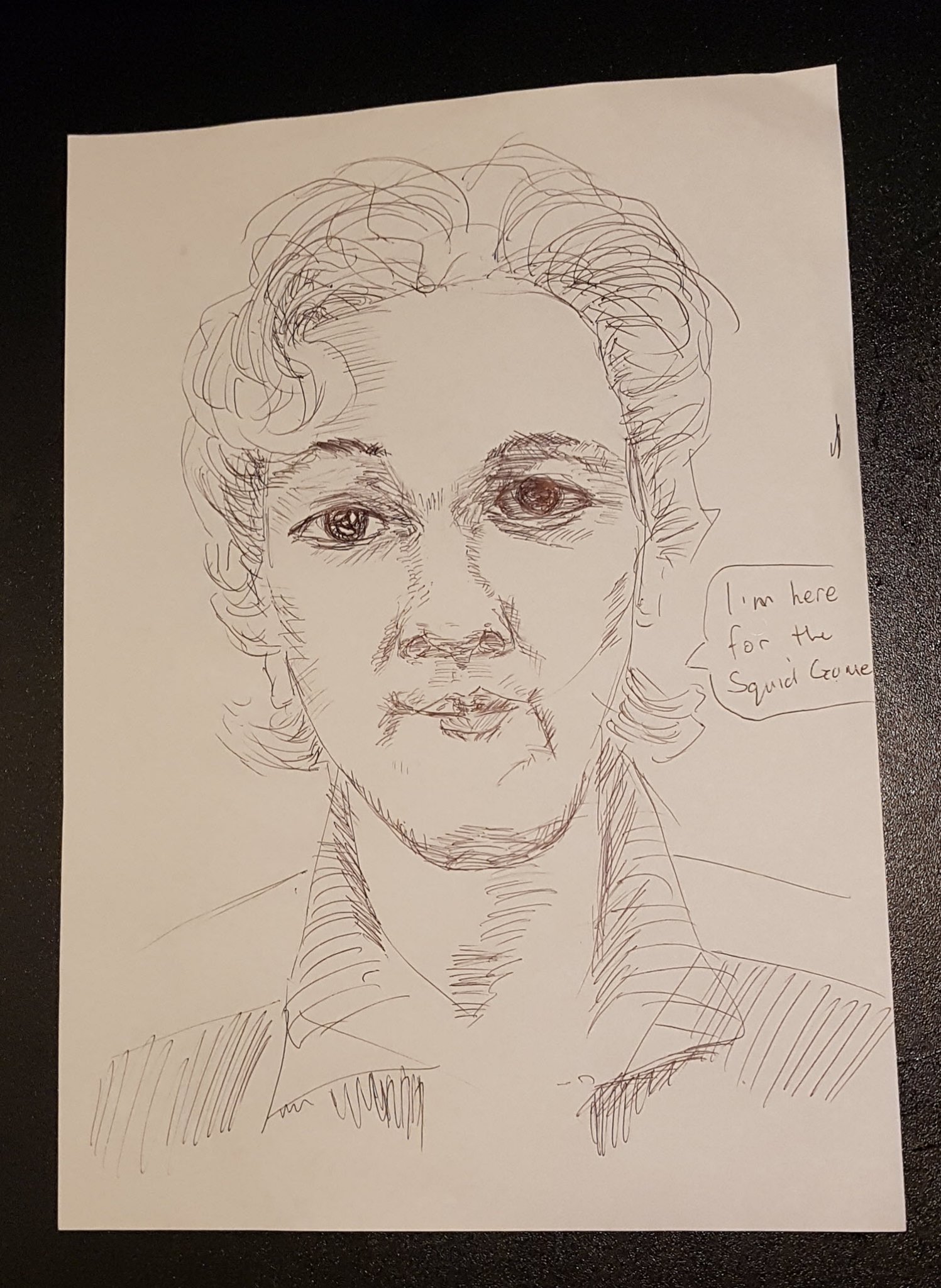 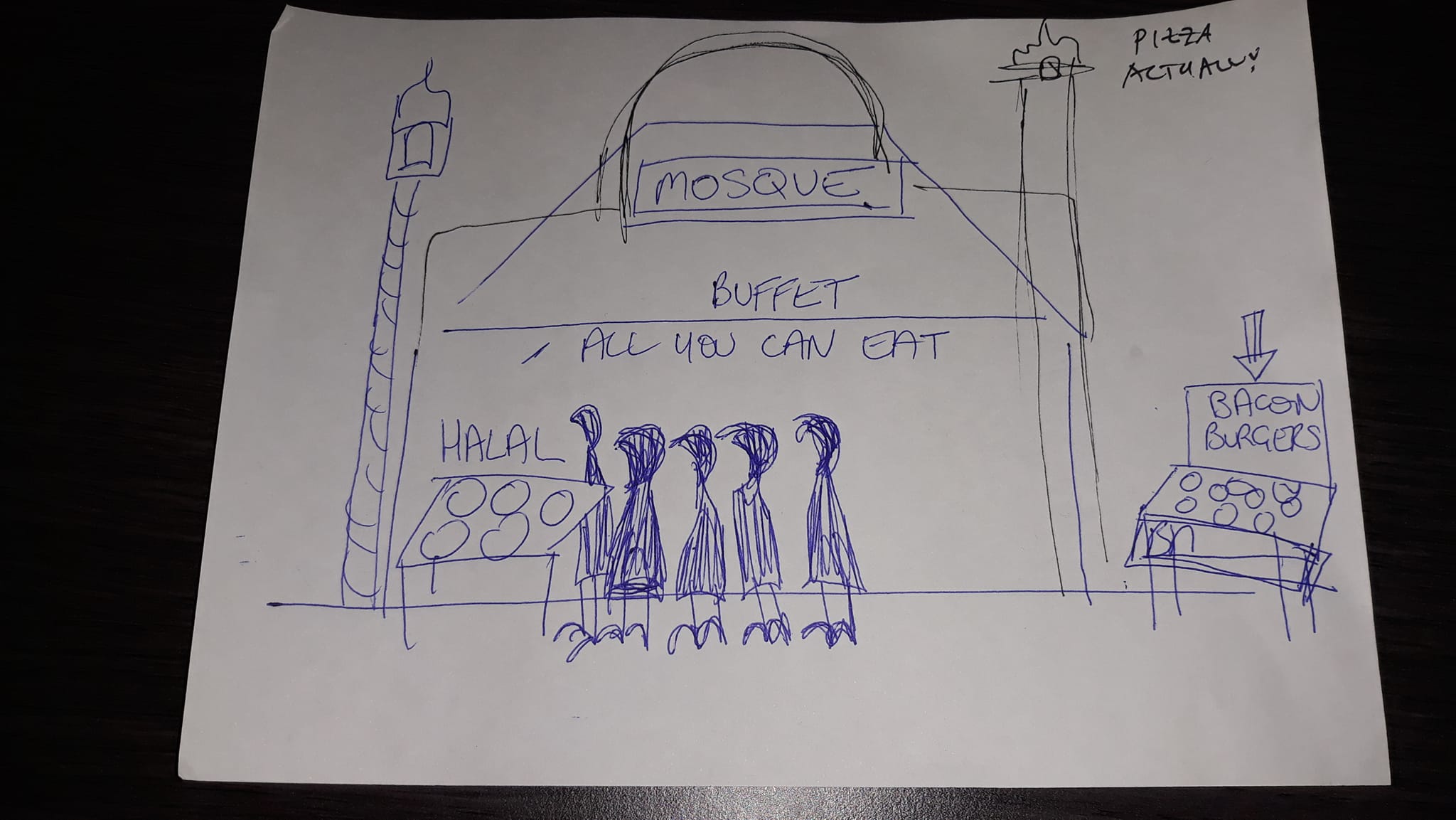 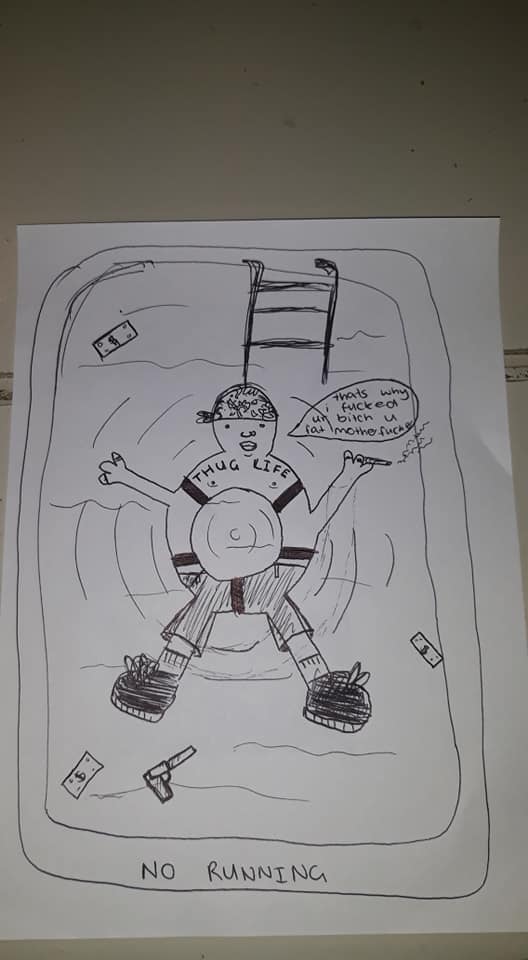 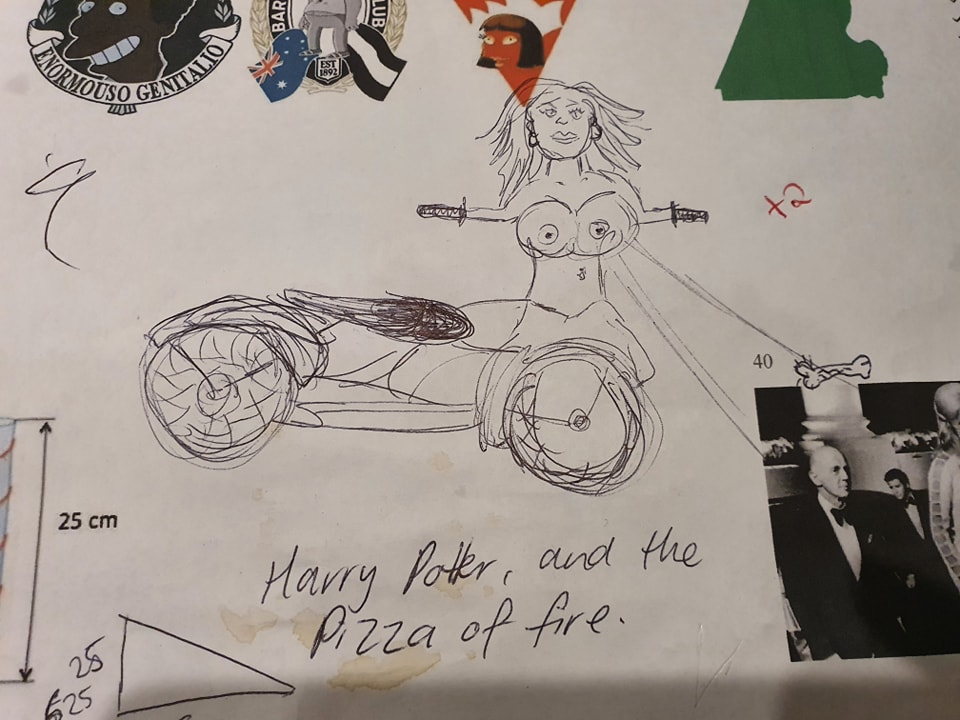 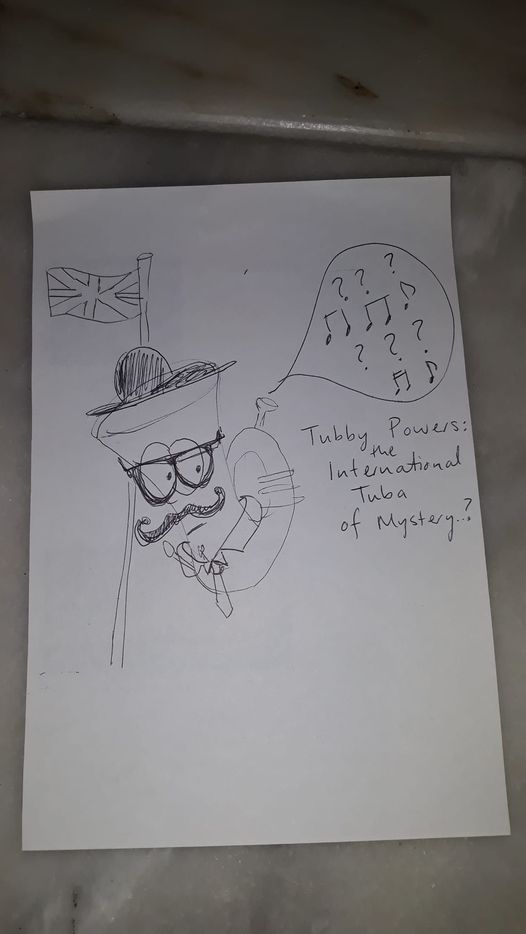 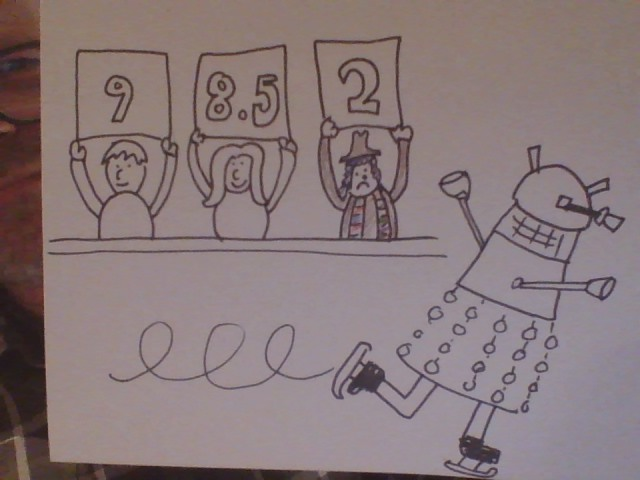 Apparently doing air guitar helps you identify a song when you only get to hear the guitar part of We Will Rock You.

When we asked a beer question and told the room the bar sold this exact beer, one player went to the bar to order “the Trivia Special”. Hey, that’s just buying a drink.

Faced with trying to name Pierce Brosnan Bond films, one team said Mamma Mia… which would have been a VERY different film.

And one team of first timers announced at the start of the show that they were going to cheat. They came in last. So if they cheated, they really suck at it.