Last week the founder of iQ Trivia came across a targeted post on Facebook for a Jewish marriage service. 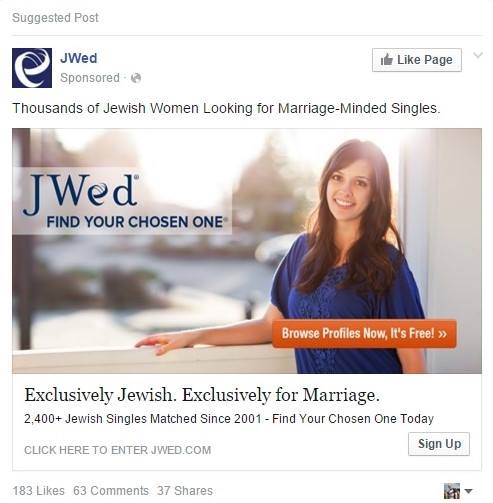 Which is odd, because he’s not Jewish, and is pretty sure the kind of people who would subscribe to a Jewish marriage service wouldn’t really be into him.

Perhaps you’ve had sponsored posts directed at you on social media that are also badly targeted. This week for your team name, we want you to give us an example of a badly targeted ad.

Daycare ads for people without kids

Mortgage ads for people who are bankrupt

Tell us what would be a pointless Facebook ad for you and you’ll get a bonus point.